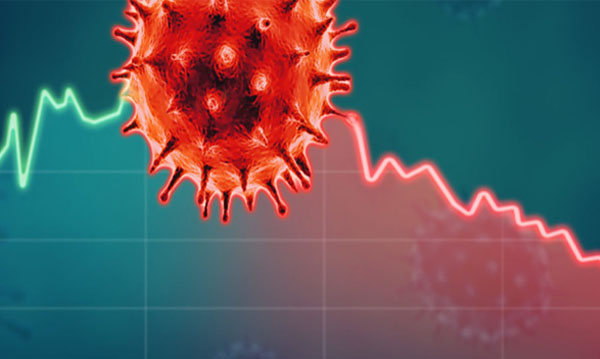 When the news of Covid-19 first came out, many Americans didn’t take it seriously. They thought the Chinese authorities would handle it. Fast forward to two months and things are looking pretty grim. A total of 140 people in the US have died, and 5000 are infected.

This is a report on how the Covid-19 has affected the US economy. By no means, it’s comprehensive as we’re currently in the middle of the outbreak and don’t know when and how the spread of the virus will slow up.

Some of the major automakers have halted production, and more will join them. General Motors, Ford, Honda and Fiat Chrysler all shut down their production units in the US. Elon Musk has recently announced that his company Tesla is suspending production temporarily.

Industrial production in the US increased 1.1% in last November. A 12.4% jump in auto parts production accounted for the surge. With auto manufacturing firms discontinuing production, it seems dark days are ahead for the manufacturing sector.

The individual companies won’t be much affected, though. Take Tesla for example. Gene Munster of Loup Ventures said “Two years ago, during the Model 3 ramp, Tesla was at risk of running out of cash….”

But it was two years ago. How’s Tesla doing now and how the pandemic is impacting its cash-register? According to Munster, Tesla is quite well off and “a temporary production shutdown…does not put the company at risk of running out of money.” The same holds true for other manufacturing firms. The game, it seems, is at risk but not the players.

President Trump declaring a statewide emergency and banning Europeans from entering the US caused panic all over the country. People are afraid to go out, offices are closed, parks, malls and community centers are mostly empty.

Initially, the retail outlets witnessed a sharp rise in sales as people were visiting the stores to buy handwash, masks and sanitizers. The demand for N95 respirators and disinfectants were so high that stores ran out of stocks pretty quickly.

Most stores are now closing down. Their supplies have been sold out due to everyone hoarding grocery items, medical supplies and toilet papers.

A growing list of retailers are withdrawing their previous revenue forecasts due to waning consumer footfall. Consumer spending in retail is at an all time low. Top retailers like L Brands, Nordstrom, Old Navy, American Eagle, etc have all temporarily shut down their outlets.

The Federal Reserve has already cut interest rates. But experts remain skeptical. They believe normal retail activities are necessary to avail the benefit of a rate cut. But most retail shops are now closed.

Just a month ago, Dow Jones Industrial Average was trading at 29348, the highest ever. Even though analysts predicted a correction, they didn’t expect it to come in the form of a worldwide pandemic. So, bulls were unprepared. Dow is currently trading at 19697 after bottoming out at 19228 and then rebounding from there.

In the derivative segment, WTI crude oil future contract had an expiry date on 19th March. It is currently trading at 23.50, up 12.82% from the previous day’s close. Those who bought the contract a month ago, hoping it’d go up (it was at around 50-55 at that time) are the biggest losers, especially if they are from the US because oil prices going down is good for the emerging economies but not for the US.

The US dollar has made gains against multiple currencies. Americans are liquidating their holdings, many are withdrawing their bank deposits to buy and stock supplies. A rising demand at the retail and supply chain level has strengthened the USD.

The Federal Reserve announced a stimulus package worth $1 trillion to improve the economy. So did the European Central Bank. The Fed earlier announced they will lend US banks money to keep the liquidity intact, in exchange for bonds that banks will buy back after three months.

The news of the stimulus caused the market to witness an upswing, but it didn’t last long. The truth is that we can’t expect much at this moment as joblessness is steadily rising, fueled by the ongoing outbreak, and a large number of workers being absent from the workplace. It’s not official yet, but all indicators are signaling that the US is on the verge of a recession.