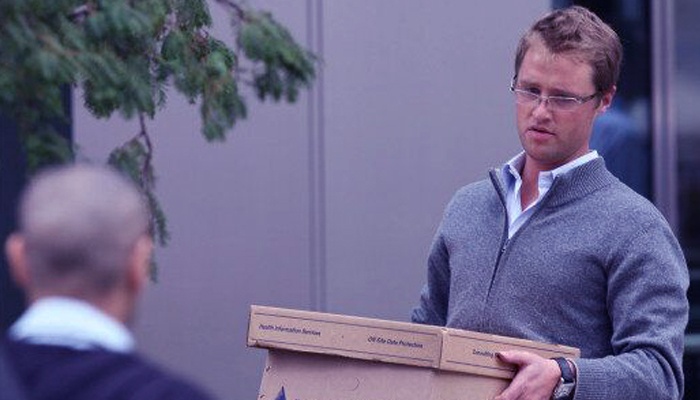 After years of court-battle, JPMorgan & Chase finally agreed to pay $1.42 billion to settle the claims made by Lehman Brothers.

The latter’s allegation was that JPMorgan, being its clearing bank held back critical funds during the perilous events, which led to its bankruptcy.

In this article, we’ll first have a recap of the beginning of Lehman Brother’s end, then have flashbacks of the legal tussle between the two, and finally share identify the real culprit behind the collapse of Lehman Brothers.

Let’s start from the beginning. It was 2003 when Lehman Brothers forayed into the mortgage lending market. When Lehman went on an acquisition spree, two lenders procured by it were BNC Mortgage, a Subprime lender and Aurora Loan Services, which was offering loans at higher interest rates but without proper documentation.

Anyways, things were looking up for Lehman Brothers at that time. Between 2004 and 2006, it securitized nearly $300 billion of mortgages. In the year 2007, the bank announced its revenue clocking at $19 billion and its income stood at $4 billion, which record-breaking.

But the apparent boom was in reality a bubble. Very soon it was found out.

In March 2007, following a seven year high default on subprime mortgage, Lehman’s stock fell to an unprecedented low. Albeit Lehman’s the then CFO assured that the fall is the result of rising number of home delinquencies and would have no catastrophic impact on the company’s earning, there were concerns because a month back, Lehman’s share price climbed to the $86 mark and fetched the company a $60 billion worth market capitalization.

By the third-quarter of 2008, Lehman Brothers began posting losses. The company’s third-quarter loss in 2008 was almost $4 billion. At the same time, it had to book $5.6 billion worth assets under the “toxic mortgage” category. The crisis owed to Lehman’s inflated portfolio a year back, in which the asset to shareholder equity ratio was 31.

By the second week of September, Lehman’s miserable condition became evident. The 158-year old bank announced they are on the lookout of buyers for the asset management unit. When Korean Development Bank turned its back on Lehman, the stock plummeted 45% and the CDS percentage saw a 66% jump.

Many bankers were hoping for a bailout. But the US treasury made it clear that it’s interested in repeating the Bear Stearn fiasco. Lehman declared bankruptcy on 15th September, 2008 when the stock dropped more than 90% of the closing of September 12.

You may wonder where JPMorgan fits in this jigsaw puzzle. Lehman’s collapse was inevitable and JPMorgan didn’t have anything to do with that. But Lehman accused JPMorgan for setting up an $8.6 billion worth slush fund. As JPMorgan was Lehman’s clearing bank, it had power to extract Lehman’s liquid assets.

In their defence, JPMorgan said Lehman puffed out its asset value and they feared they’d end up having toxic assets worth billions. An october 2015 court ruling went in favor of JPMorgan. In the next paragraph, we will see what the court observed four months back.

As per the agreement, JPMorgan agreed to grant Lehman Brothers cash and securities. The agreement’s terms and conditions allowed JPMorgan to forbid Lehman Brothers from making use of the secured credit borrowed in the event of the former being not fully collateralized.

The court ruling went in favor of JPMorgan. The court acknowledged that several terms in the tripartite agreement were ambiguous. Also, certain terms that were not ambiguous gave JPMorgan the right to define a collateral when the bank feels it needs to be fully collateralized. Further, the court ruling validated JPMorgan’s transfer of $6.9 billion to its general ledger account and retaining the lien.

It’s clear that the October 2015’s district court rubbished the allegation of slush fund made by Lehman Brothers. JPMorgan didn’ transfer fund and prohibited Lehman’s access, but it did so for seemingly justified reasons. The real culprit was mortgage securitization. If Lehman Brothers didn’t go bankrupt, the harmful side of it wouldn’t have discovered.

A paper published by two FRBNY economists explained how a company called New Century Financial went bankrupt in the year 2006 because of turning mortgage payments into securities and creating a pool of mortgage backed securities. The payments were coming from dodgy borrowers, whose credit ratings were well below 600.

The news of the settlement came after 3 months from the court ruling mentioned above. The settlement resolved the $8.6 billion lawsuit. JPMorgan’s representatives stayed tight-lipped over why they settled it this way. Lehman Brothers’s lawyers described the settlement as “While the Settlement Agreement is not a global resolution of all issues between the parties, it ends a significant portion of their disagreements.”