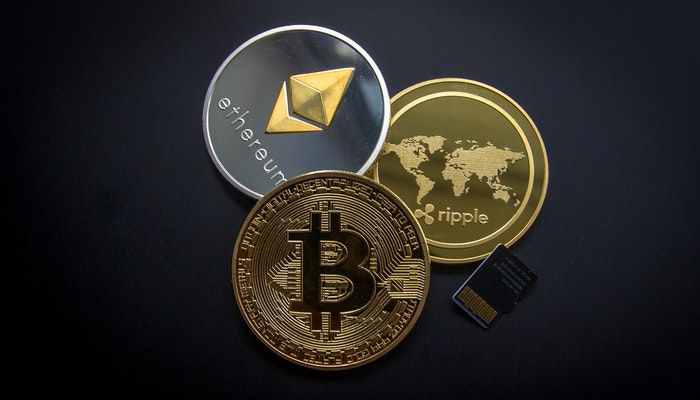 Cryptocurrencies are at an all-time high right now. The thought of leaving the paper money trail behind is becoming more enticing to investors. It seems that many of them are looking into whatever way possible to make it into decentralized banking.

This brings about the different types of cryptocurrencies and what each one entitles. These are referred to as “altcoins” and refers to anything that is not Bitcoin.

Here are the top cryptocurrencies that you should know about.

Bitcoin is considered the first and original cryptocurrency. The concept and mining for Bitcoin started back in 2009, after the 2008 recession. People were looking for alternatives to the current money mechanism, and thus, Bitcoin was created.

While Bitcoin is the original, it comes with the issue of only having so many “tokens” available. Currently, there are just under 19 million Bitcoins mined, and around 2 million left to mine. After the 21 million are created, there will be no more created.

This is what caused Bitcoin to skyrocket towards, as it is in limited supply, compared to the altcoins. At the time of writing, Bitcoin is currently hitting new highs, well over the 20 grand USD mark.

Ethereum is the second big name to pop up as an alternative cryptocurrency other than Bitcoin. It launched in 2015, right around the first boom for crypto that happened. Rather than “coins”, it works with “ether” instead.

Ethereum also runs differently, as rather than a currency, it more so focuses on decentralized applications. Here, those that create and design apps have full control over their program and their monetization platforms. Its purpose is to stop bigger companies from taking a bigger cut from purchases made on apps.

Ether is then paid out to the app developers and users, rather than their standard country’s money. They can then convert this ether into their home locations currency. Because Ethereum has no home location, this makes it decentralized.

For those looking for the Ethereum price AUD, be sure to check out the link.

Litecoin is a true altcoin to Bitcoin and is often considered the “silver” equivalent to the “gold” that is Bitcoin. While there are a number of cryptocurrency alternatives, Litecoin is always considered a safe option.

Just like with Bitcoin, there are only a limited amount of Litecoins available. But the number is much higher, at 84 million coins. This is because Litecoin was created to be 4 times faster than Bitcoin when it came to completing transactions and making conversions.

It was founded back in 2011, a couple of years after Bitcoin, by an ex-Google engineer, Charlie Lee. Litecoin currently follows the Bitcoin volatility, as it is considered very similar.

Ripple is the money of companies. This is means that mainly companies use this altcoin rather than individuals. This is thanks to Ripple’s platform being able to process up to 1,500 transactions per second.

It is also not blockchain-based like how Bitcoin or Litecoin is. They trade in XRP tokens that were all “mined” before the launch of the platform. This makes it much less volatile than other currencies.

While Dogecoin sounds like a joke, and it did start as one, it is still a very popular altcoin. It launched in 2013 as a meme of sorts to compete with the rising popularity of Bitcoin at the time. It is an offshoot of the current Litecoin system.

Even at its peak, Dogecoin only reached $0.02 USD. While it currently is trading higher because of an Elon Musk tweet, it typically doesn’t follow the same cryptocurrency patterns.

Binance is currently the newest cryptocurrency on the market. It only started in 2017 and is also another platform to make cryptocurrency transactions. Binance currently works similar to the stock market, that when you buy into the crypto, you are also giving the company capital.

Binance is also a big supporter of helping others launch their own platform for crypto. They utilize their own blockchain technology to help up and coming cryptos. It does this by providing resources and helping with fundraising exercises.

Currently, Binance Coin is not actively supported everywhere but is being fazed in slowly into the digital world. This makes Binance a great option for a decentralized crypto exchange.

Diem (formally Libra) is the only cryptocurrency on this list that actually doesn’t exist yet. This is because there are limitations being set by the U.S government before Facebook gets the go-ahead to launch the platform.

It was set to be another blockchain-based payment system that was used as an internal private currency for the platform. The current plan for Diem was to be not only backed by their current cryptosystem but also through US treasury securities.

Unlike other coins though, Diem would be generated through demand rather than through mining. This makes it less volatile and easier for the company to control the price, rather than leaving it to miners and investors.

They also then decided that Diem would be a platform to trade other cryptos, making it more decentralized. This does not necessarily make it decentralized but does help.

Currently, the plan is to launch Diem in 2021. They plan to have a wallet

Be Sure to Be Familiar With These Different Types of Cryptocurrencies

Understanding these different types of cryptocurrencies will help you decide where you want to store your money. It can make trading easier and help the switch to a decentralized platform all that much easier.

If you want to learn more about finance, be sure to check out our other articles in the blog. If you know someone that is thinking about trading cryptocurrencies, be sure to share this article with them.